The tourism industry, popularly referred to as the hospitality industry, today constitutes one of Sweden’s basic industries. According to the Swedish Trade Federation, the total export value of tourism in Sweden outranks the country’s combined export of iron, steel and Swedish passenger cars. As a growing industry, tourism plays an important role for increasing employment. According to international estimates, tourism and travel will increase on a global scale by slightly more than five percent annually until 2020. Sweden is amply qualified to be part of this increase. The vision of the Swedish tourism industry is to double tourism in Sweden by 2020. The greatest challenge to tourism in the future is to achieve environmentally sustainable development. To support Swedish industry, the government of Sweden together with several government agencies will invest in improved coordination of public efforts to reach long-term sustainability in Swedish tourism. Using our research, we aim to support the national strategy for the tourism and the hospitality industry by contributing new knowledge on the historical development of tourism.

“Destination development” is a modern concept that we intend to investigate within periods as far back as the mid 19th century. How has the understanding of the tourist product as a whole evolved? How was the “product development” of tourist destinations managed? Has the act of travel contributed to identity creation? By mapping factors that have tempted travellers to choose Gotland, determining how travel habits and target groups have changed, how quality assurance and product development, packaging, marketing, hospitality and service, storytelling and environmental work have been managed, it is our intention to demonstrate the characteristics of a successful destination for visitors, and in this way construct a basis for developing more destinations. This will involve studies on economic development and the relationship between the financial importance of the hospitality industry and visitor trade on the one hand and actions taken by political decision makers on a central and local level on the other hand.

Using Gotland as an example, economists, historians, quality technicians and ethnologists will exemplify how tourism has develop to become the largest industry of the island, including what the impact has been of this destination development on the local population and its environment.

The project will start by preparing a research outline on destination development from an international and national perspective. In the next stage, we will survey the existing material on Gotland tourism, which is available in regional and national archives: the Swedish Tourist Association (the National Archives, the Nordic Museum, Stockholm), the Gotland Tourist Association and Gotlandsbolaget (Regional archives and company archives, Visby), regional and national political decision makers (the Swedish National Heritage Board, Stockholm; the regional archives, Visby). The focus will be on regional, national and international players in Gotland’s hospitality industry and on how their organisations have changed over time. What kind of relations have emerged between politicians/society and the tourism industry? Which national and regional resources were distributed to the hospitality industry, and how has this distribution changed over time? Other issues to be examined include how the visitor has changed and how the hospitality industry has reacted to these changes, and also how the industry players and visitors have interacted with the local population.

The studies will also cover image production from the mid 19th century until today. The image of a visiting destination come about as a result of the interaction of visitors, the tourism industry and popular media, travelogues and fiction as well as photos together with movies and social media on the Internet. How and by what means has the image of Gotland been formed and promoted domestically and internationally? How has the image of the destination been coupled to the expectations of the visitors? Which quality dimensions have the hospitality industry and destination development invested in?

This project is one of two sub-studies that will examine the landscape of Gotland and the role of nature in Gotland as a visiting destination. In this part of the study, emphasis is placed on the nature scenes of Gotland and how tales of the landscape have been shaped and used in literature, commercials, etc. in line with the growing tourism trend. What were the themes, representations and actual images used to represent Gotland at different points in time? What hierarchies, norms and value scales have been articulated in images of nature? Additionally, the study will explore the players of the past, the networks that developed between residents, visitors and experts, and how issues that we nowadays refer to as sustainability were managed. The period of interest ranges from the latter part of the 19th century until today, but with emphasis on the post-war period. 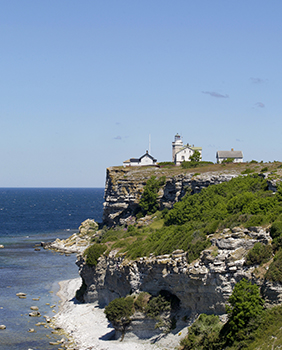 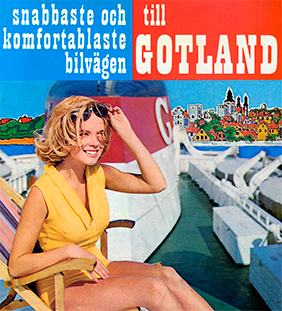 This project will use studies of archives to examine the development of the Gotland Tourist Association from its inception until today. The focus will be on how the association has been financed, what have been the priorities and how Gotland has been promoted in the past. Additionally, we will examine which networks that either together with the Gotland Tourist Association or privately have contributed to forming “The image of Gotland”. What changes can be noted, and how do they relate to changes in society?

Structure, organisation, learning processes and leadership in the hospitality industry

This project will examine the learning processes in the hospitality industry. Central issues will cover: What is the process when forming content for the concept of sustainability, both for the visitors and the visited? Which learning process is preferable to achieve a shared vision on sustainable visits. Further, we will look closer at how visitors perceive issues on sustainability when visiting the island. In what ways are these experiences linked to the quality dimensions of services in the hospitality industry? What lessons can be learned that could contribute to the development of sustainable visits? 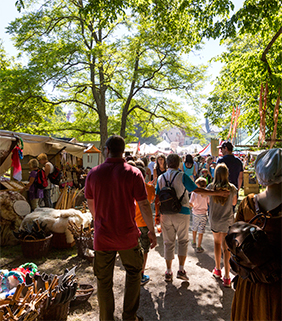 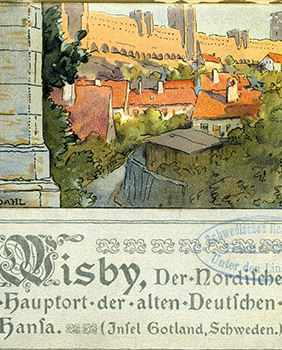 This project will examine the image production from a trans-national and historical perspective, focusing on the images of Gotland designed for a German-speaking audience over the past 200 years. How did the image of Gotland develop? What cultural, economic and political factors have affected the process, and how was the audience addressed? A study of the period up to the year 1900 has already begun. Based on literature and archived material in Gotland, Stockholm and Berlin, the period up to World War II will be explored.

The local population and the tourists

This project aims to identify the perception of Gotland society on tourism and tourists as expressed in the local press (Gotlands Allehanda, Gotlandsposten (-1936), Gotlands Tidningar (1984-), Gotlänningen (-1983) and Gotlands Folkblad (-1983)). We will study how the expanding tourism was received in Gotland society both before and after the entry of mass tourism, focusing on the late 19th century and the post-World War II period. Central to this is the environmental, economic, social and cultural importance of tourism. How is the receiving society affected by tourism? How is the balance of power depicted, e.g. superiority vs. inferiority? 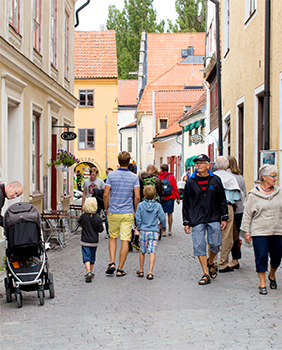 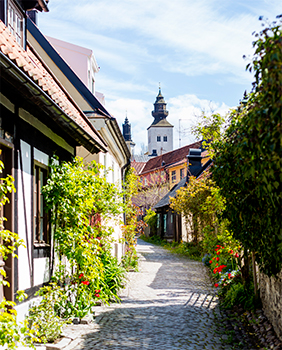 Gotland’s tourism industry relies on the production of images to convey a positive and enticing destination image of the island’s culture (projected images). Social networks have become an additional medium through which Gotland’s image(s) can be shared and, given their global dissemination, potentially change visitors’ behaviours. Based on participant-observation, semi-structured interviews, and questionnaires, the project analyses and compares visitors’ perceptions of Gotland through projected images in official brochures and social networks, before and during their visit, and their own and others’ perceived images in Facebook and other social media. Does Gotland’s destination image based upon projected and perceived images coincide? What are the differences? What are the consequences for visitors and for the tourism industry on the island?

Quality dimensions in the past and future 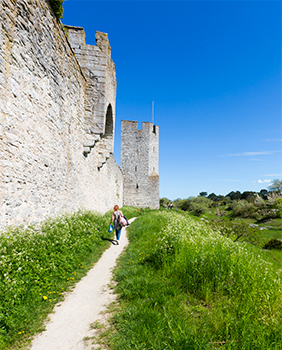 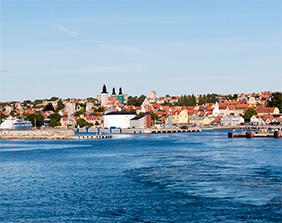