The object of this study will be Gotland, one of Sweden’s oldest and most well-developed tourist destinations. Here Sweden’s first local tourist association was founded in 1896. In late 20th century the island was launched as “the different land”. In the first years of the 21th century it became equipped with a new brand: “Magical Gotland: the Baltic Sea’s most creative and magical place”. During the same period the tourist-scape has been supplemented with an ever more elaborated history-scape: in few places cultural heritage has been produced with such energy. Tourism and cultural heritage are presented as the main road towards the future. A growing number of Gotlanders have become involved in promoting the image of the island as remote and different. A new cruising pier, now under construction in Visby, is expected to further increase the number of tourists with a hundred thousand visitors yearly. This will, presumably, increase not only the local economy, but also the strains on the island’s cultural, social and ecological systems. As a response, there is a new emerging local awareness of the island as fragile, and of an increase of visitors as a threat to sustainability of local ecological, social and cultural systems.

We aim to examine how the relationships between visitors, destinations and the visited are formed and interpreted through three phases: before, during and after the visits. By closely studying tourist brochures and monitoring the work of tourist guides, we will examine how actual attractions are built and marketed, how “model images” of the sights are devised, and how the notions of “nature”/“culture”, islands and islanders are stimulated. Drawing on interviews, polls and GIS data, we will explore the expectations of visitors, their plans, movement patterns and choice of roads through the destination.

The four projects depart from and continue to build on a number of previous studies conducted by the project team members on cultural heritage policies, representations, images and visual culture, islands, tourism and the hospitality industry. We perceive destinations as “mindscapes” (Ronström 2008: 4, Johansson 2009: 50ff), situationally determined physical structures with specific properties, which are established through specific perspectives, gazes and settings, and which are anchored in explicit practices and institutions. This project will examine Gotland mindscapes in genre and discourse-theoretical perspectives, in terms of glocality and path dependence (David 2000) as well as in light of post-colonial studies. By contributing to the development of more inclusive, diverse and sustainable visits, the projects will bear relevance to visitors and the hospitality industry, for Region Gotland and the island's inhabitants, for entrepreneurs and politicians, as well as for researchers in various disciplines.

This project will examine how visiting destinations, visitors, and the visited take shape through the activity of tourist guides in Visby and on Gotland. In focus are the mindscapes that guides activate and convey on their tours: how these mindscapes are integrated in the landscape as physical paths (trajectories), related to as recollections, stories and images (imaginaries) and formed into emotional and sensory experiences.

In the first phase, we plan to examine the background of the tourist guides, their interests and qualifications, how they are trained and how their tours are designed. Using participant-observation in a guide training programme (Griggio), we will become familiar with the learning and transmission processes. Through interviews and textual studies, we also plan to study the physical paths chosen by guides during their tours, what is shown and what is ignored, and which metaphors and images are used to present the site and how it has been inhabited. In addition, the study will look closer at “guide stories”, i.e. the narratives produced for the visitors and among the guides themselves, how these are transmitted and what norms and notions they convey.

The educational objectives are: a) How guides contribute to form and legitimise Gotland as a destination for visitors by reproducing mindscapes (physical paths, images and stories), b) How the island’s and the islanders’ distinctive features (ïslandness) are presented in the guides’ stories, and c) what are the cultural, social and economic consequenses for the island and its inhabitants.

Footprints during and after the visit 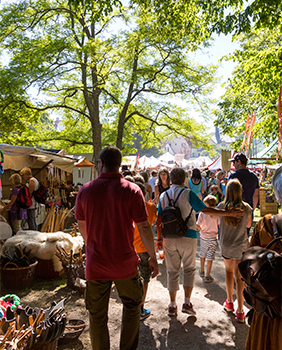 This project takes over from a previous study conducted in Uppsala. It will examine visitors' expectations, behaviours and experiences: Why do visitors want to go to Gotland, what happens during the visit, and how are these expectations fulfilled? In the first phase, we will examine the visitors who select to join a guided tour. Using GIS data from an app on selected visitors’ smartphones, we want to look into movement patterns during their visit. Using polls, our aim is to study expectations and plans prior to the visit, which are then compared to the actual movement of the visitors in the landscape following completion of the guided tour. In a follow-up field survey, we will compare expectations and experiences to capture the values perceived by individual visitors.

In the second phase, in a similar fashion we will look into how visitors move through the destination on their own. In the third and final phase and once cruise liners start their port calls, we will repeat both studies in a comparative analysis.

The aim of this approach is to unveil any discrepancies between the visitors' expectations and the actual outcome of the stay, to identify the stakeholders that influence these expectations, to what degree promotion of the site shows traces of path dependence and how value is co-created when the destination and visitor eventually meet. In collaboration with the hospitality industry, the findings will be useful to develop and spread the number of destinations and how they are used.

Islandness: Representations of islands and islanders

This project will study the representations of Gotland as a destination for visitors, using both written records and images, in order to highlight the long-term consequences of these representations. From a genre and discourse-theoretical perspective, in a first phase we intend to analyse the tourist brochures and promotional campaigns released by the Gotland Tourist Association and the local ship-owner Gotlandsbolaget/Destination Gotland between 1979 and 2015. How is Gotland promoted as an attractive hospitality destination? How and in what context do the ‘island’, ‘islanders’ and ‘visitors’ emerge? What are the qualities and values used in this process? How has the image of the island and islanders changed over time? What images are invisibilised?

In a second phase, we will look closer at the formation of the concepts of ‘island’, ‘islanders’ and ‘visitors’ in a comparative, historical context. Tourist promotion is a global fashion that presents unique, distinctive attractions to satisfy a “touristic image” (Grinnell, 2004) that reproduces hierarchies between residents and visitors (Morgan & Pritchard, 1998). Drawing from well-practiced, path-dependent rhetorical means, a mindscape is formed where islands and islanders are characterised as delimited, distant, archaic, endemic and authentic. How are old colonial discourses about the ‘island’ and ‘islanders’ reproduced and challenged onto Gotland and by Gotland inhabitants?

In a third phase, we will examine contemporary representations of visiting destinations in relation to material of the past. How are visitors shaped by the destinations and those visited by the visitors? What is accentuated and what is invisibilised? Taken together, these issues will lead to a discussion about the importance of the representations for sustainable islandic lives as well as shed light on what kind of present and future is possible on Gotland and other islanded locations. 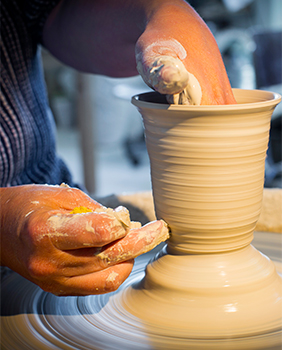 Nature as a visiting destination 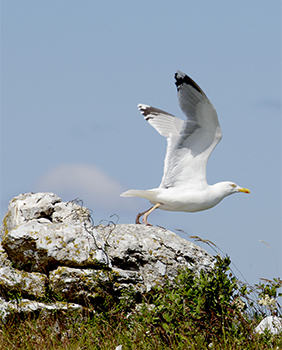 Drawing on a combination of network and cultural analyses, this study will examine the conceptions of nature, its content and meaning, and how concrete destinations shape visitors into a social and cultural category. Since a long time back, the distinctive nature has been a cornerstone of stories about Gotland as a unique hospitality destination. The overall issue which this research aims to address is how Gotland “landscapes” transform into touristic “mindscapes”. Which players are involved in this process? What relationships between the economy, biology and hospitality industry are created in this process? What hierarchies, norms and value scales are articulated? What relationships between residents, visitors and experts are established?

In the first phase, we intend to examine how nature translates into actual destinations at the former Natural History Museum of Gotland [Gotlands Naturmuseum] and Naturrum Gotland in Vamlingbo in southern Gotland. Using interviews and printed and archived material, we will trace the movement of ‘nature’ as a destination from the urban environment of Visby to the countryside of southern Gotland to highlight how globally valid notions of sustainability and natural resources transcend into local attractions. 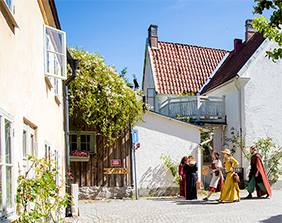