ReCod – Release of Small Cod in the Baltic Sea

The project carries out two research projects at doctoral level.

The project ReCod - release of small cod in the Baltic Sea is implemented and funded by the foundation BalticWaters2030 and Uppsala University.

My PhD project focuses on developing the methodology of producing, raising and releasing cod eggs and larvae as well as on the results of the stocking experiments. My studies have a keen focus on the ultimate aim of population and ecosystem restoration.

1. Optimizing the rearing conditions for successful release of cod larvae

A central part of my research is optimizing the hatchery conditions for egg production and survival in the Baltic Sea. Primarily the effects of salinity and temperature on cod egg and larvae will be investigated. The optimal conditions for fertilization of eggs are a salinity of about 17 psu and a temperature of about 7 ˚C. However, the larvae will be released into the natural conditions in the Baltic Sea, which are a salinity of 7 psu and varying temperatures. Before releasing, the larvae will have to be adapted to these conditions in order to increase their chance of survival. A variety of gradual and sudden salinity and temperature changes on the condition of eggs and larvae in different development stages, including mortality, buoyancy and time needed for development, will be tested.

2. How do environmental conditions affect the establishment success of cod larvae

Another part of my research is to investigate if it is possible to restore the Baltic Sea ecosystem and strengthen the cod stocks by releases of hatchling cod. A crucial part will be to find out whether cod larvae are able to successfully establish themselves in the Baltic Sea after the releases, which includes to continuously follow up on them by exploratory fishery.

I will assess the suitability of three different releasing sites in the Baltic Sea (Baggensfjärden near Stockholm, Tvärnen near Norrköping, Kappelhamnsviken in Gotland) for survival chances of the released larvae by looking at the environmental parameters, as well as food availability. Depth profiles of temperature, salinity, and oxygen availability will be created using a CTD (Conductivity, Depth, Temperature instrument) to find the water depth with best conditions for larvae releases. Plankton sampling will give insight into the plankton community and availability of prey organisms for cod larvae. Additional water sampling for eDNA (environmental DNA) will give insight into the pelagic communities at the releasing sites, including potential cod presence and presence of predators of cod larvae or juveniles, such as threespine stickleback.

Further, I will conduct laboratory experiments and field sampling to investigate competitive and predatory interactions between juvenile cod and threespine stickleback.

Sampling of threespine sticklebacks at the three releasing sites, primarily after the releases, will be conducted to analyze their stable isotopes and fatty acids, which will show whether they fed on cod and therefore are a threat to the released larvae.

3. Methods of labelling the cod larvae for later identification

In order to be able to recognize the released hatchery cod from wild cod, the released larvae will be labeled. Labeling the larvae’s otoliths, a calcium carbonate structure within the skull, which continues to grow throughout the fish’s life, is a promising and well-established method. Different approaches, including chemical labelling and environmental labelling, will be tested to find the most suitable method. All tested methods are safe for the animals and don´t affect their condition.

Chemical labeling will be done by incubating eggs and larvae in water containing Alizarin complexone, which dyes the otoliths red, and by incubation in water with high concentrations of stable barium isotopes, which can later by detected via chemical analysis. For environmental labelling, the eggs and larvae will be incubated in water of different salinities and temperatures for certain time periods, to create recognizable patterns in the otoliths. Otoliths reflect the environmental environment the fish lived in, enabling me to change the natural pattern to an artificial one, which would unlikely occur under natural conditions.

PhD student at Department of Ecology and Genetics, Animal Ecology

I will focus my research on the environmental and genetic effects on the survival, development, and performance of fish at early life stages and on their reproductive success.

Body condition and recruitment vary among fish from different areas and environments (North and South) within the Baltic Sea, however, little is known about the ecological and evolutionary implications of this phenomenon. With my thesis, I am to shed light on the potential adaptive variation that the eastern Baltic cod might present. Regarding the project, my main goal is to increase our knowledge to maximize the production of eggs and the hatching rate for future releases, and thus, contribute to rebuilding the eastern cod population and restoring the ecosystem. Within my thesis I plan to:

1. Determining the optimal hatchery conditions for eggs: acclimatization to salinity and temperature during early life stages

I will investigate the ability of eggs and yolk-sac larvae to get buoyant at low salinity concentrations. I aim to acclimatize them during early life development from a salinity of 17ppt and a temperature of 7 degrees (conditions at fecundation) to a salinity of 7ppt and varying temperatures (the environmental conditions of the releasing sites.) I will test for different methods (gradually or at one time) and at different developmental states to determine the optimal way to obtain the maximum number of viable larvae and acclimatized to the environmental conditions at releasing sites. Notice that this part is shared with my colleague Neele Schmidt.

2. Effect of body condition and environment on reproductive success

Ideally, I will combine this with genetic studies to link physiological and genetic mechanisms behind the adaptations and compare fish from northern and southern areas. This will help to understand the potential adaptive differences that there might exist within the eastern Baltic cod. At the same time, this will help to determine which fish qualities and environmental conditions are most suitable for breeding and rearing cod aiming for ecosystem restoration. 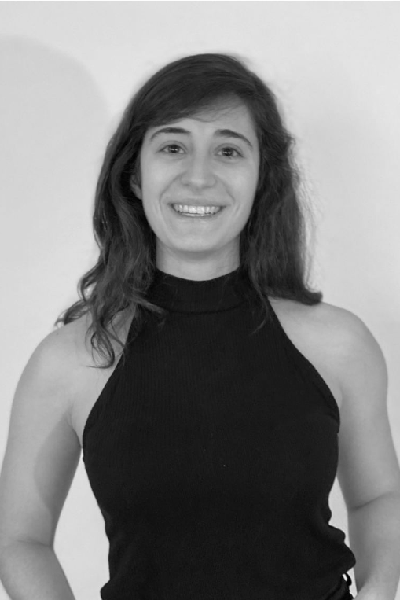 PhD student at Department of Ecology and Genetics, Animal Ecology