Blue Food is the largest investment so far in Swedish seafood, with a grant of 48 million kronor from the research council Formas. The centre gathers universities, research institutes, regions, local authorities, organizations and a large number of enterprises.

On this page, you can read about the ongoing research currently being conducted at Uppsala University.

RESEARCHER IN CHARGE | ADRIANUS BOTH

Understanding the role of filamentous algae in Gotland ecosystems will allow us to assess the importance of algae in supporting food-fish and understand how ongoing changes to the Baltic Sea fish community may affect Gotland coastal zones. For example, the abundance of the mid-sized predatory fish the three-spined stickleback has been increasing throughout the Baltic due to overfishing of larger fish such as perch and pike. Sticklebacks prey upon small invertebrate grazers, so increases in stickleback abundance can have negative effects on the abundance of grazers. If filamentous algae are actively consumed by grazers, then a reduction in grazer abundance could result in more filamentous algae by releasing it from grazing pressure. Excessive growth of filamentous algae caused by eutrophication has negative impacts on ecosystems (e.g., smothering of plant life and oxygen depleted zones caused by rotting algae) which may worsen if reduced grazing pressure causes further increases in filamentous algae abundance.

To understand coastal food webs around Gotland I am making use of stable isotopes (δ13C and δ15N). By looking at the isotope value of plants, algae, fish, and invertebrates I can construct food web models. With these models, I will be able to understand which food sources support food-fish such as perch and pike as well as understand how important filamentous algae are for grazers. In addition, food web models may reveal new avenues of blue food production, e.g., ide and sticklebacks. 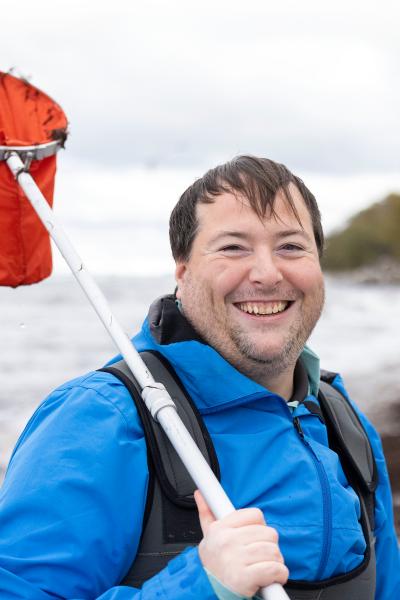