When olfactory cues were provided, male Syngnathus typhle choose females with a compatible MHC class I genotype to provide an increased MHC diversity in their offspring. In addition S.typhle females choose males according to their own immune status. If females were immune-challenged they chose males that were sham-injected.

If females were sham-injected they chose males that were immune challenged. We subsequently investigated what drives mate choice, the more genotypic specificity component (MHC) or the phenotypic plastic component (immune challenge) or whether we find a condition-dependent interaction of the two traits. 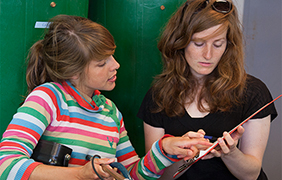